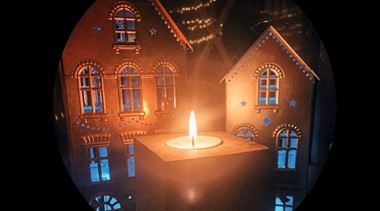 This years theme was 'Light the Darkness' and we asked students and families to light candles.

The 27th Jan was Holocaust Memorial Day - marking the date when Auschwitz was liberated by Russian soldiers. This year marked the 77th anniversary. Holocaust memorial day is used to commemorate all those that were killed during the Holocaust, to learn more about the past and to create a safer future.

You can read more about it on the PowerPoint: Holocaust Memorial Day Powerpoint

If you follow us on Facebook (Oldbury wells school) you would have seen our request for students and families to safely light a candle at 8pm on the 27th to reflect and remember those who were murdered for who they were, and to stand against hatred and prejudice today. In the powerpoint, you will see a collection of the photos that were taken and sent to us.